Jock has more than twenty years of broad-based experience in the Information Technology industry. He started his career as an Oracle programmer/analyst at SAIT Polytechnic in 1995. In the period 1996-1997 he was the project lead for an Oracle based (Banner) ERP upgrade. As a network analyst at SAIT he participated in the team that managed a campus network with 14,000+ active switch ports. He was responsible for the implementation of new DHCP and DNS services to campus in 2000. He also participated in the migration of the campus network operating system to Windows NT, from Netware, in the late 1990s and led the project to move the campus to Active Directory in 2003. Taking on the role of Supervisor, Infrastructure Support in 2002 Jock added responsibilities for telephony, server, storage and backup systems. At the time the campus was transitioning to Cisco VoIP, first implemented in a new student residence, and subsequently with the addition of a new call centre. As the Manager of Technical Services at SAIT (2005-2007) he also managed the infrastructure build for another Banner ERP upgrade, including data centre uplifts, implementation of new SAN storage, new server farm networks and a move of the Oracle database servers to Redhat Linux from Tru64 unix. During this project he created an automated, graphical, solution for the provisioning and deployment of Cisco Pix firewall rules using Visio and MS-Access.

Relocating to Sweden in late 2007 Jock took a position with Netadmin Systems, focusing on the automation of broadband and business-to-business networks.

In 2011 he returned home to Ontario and took a position with municipal government at Grey County and was responsible for the IT components of a work and asset management system implementation. Two years later he took on the role of Business Solutions Manager and his team was responsible for the implementation of a new tourism web site, as well as the day-to-day support of the organization’s core business applications. In 2015 he completed Andrew Ng’s machine learning course via Coursera. Most recently he worked for Grey on several system integrations using, variously, Powershell, pHp, T-SQL and Groovy on Grails.

He has now branched out on his own, and embraces the opportunity of applying his skills to your particular challenges and needs. 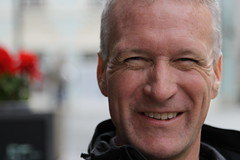